“I Am The Tower, The Tower Shall Not Be Broken”

The North Tower was established to give structure to new fighters coming up through the ranks, and recognize their achievements as they progress. The rank is structured around gaining proficiency in arms and assembling a full fighting kit. Both of these are significant achievements for new fighters, and as such we recognize them. The Tower also trains new fighters to work as a unit in melee fighting. A well disciplined unit of “junior” fighters will prevail over a mob of “experienced” fighters. The Tower is greater than the sum of it’s parts!

Reserves: Fighter who has become inactive in the company.

Recruit: Fighter who has not authorized, and does not have a full kit, but is attending practice and expresses a desire to be in the Tower.

Auxillary: Members who do not currently reside within Endewearde

Shieldman, Spearman, Bowman: Fighter who has authorized and has a full kit.

Sergeant of the Lance: Shieldman, Spearman or Bowman who commands a Lance (3 fighters) or larger.

Sergeant of the Company: Commands the North Tower Infantry Company in the name of our noble Baron & Baroness.

The following emblems of rank may displayed on the upper right corner of a shield or on a black baldric, or on the upper corner of the black quadrant of a Tower Tabard.

The Tower Shield: Shieldman of the Tower fight with Norman Kite or “tear drop” style shield. The Barony of Endewearde populace badge “Per chevron Or and sable, in base a tower, an orle argent” is on the shield.

The Tower Dagger: Is presented to fighters who have fought with the North Tower Infantry on the battlefield at an official SCA event. It has a hilt of alternating white and black.

The North Tower Infantry Company does not have officers, Sergeant is the highest rank we can hold. This is to show that we are all brothers and sisters in arms, none elevated above the others. Our strength is our unity and our ability to work as a team.

ROLL OF THE COMPANY

SERGEANT OF THE LANCE:

SERGEANT OF THE COMPANY: 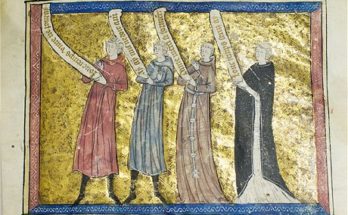 There are no upcoming events.

If you find an error on the new website, please let us know by filling out our report form form!