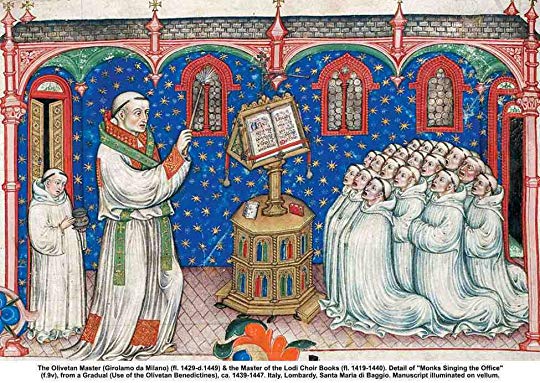 For those who were unable to join us for Court today … here is an unofficial write up of the proceedings.

On April 28th, anno societatis LII, the residents and friends of Endewearde gathered in the cool air of Fort Knox to determine the next Rapier Champion as well as a new Arts & Sciences Champion. In addition, several tournaments were held throughout the day to help warm everyone up for the summer season.

At midday, Their Excellencies Endewearde, Baron Ane du Vey and Baroness Sylvia du Vey, held a brief court to attend to two important pieces of business. First, they called forward a member of the group associated with the event location, and not a member of the Society. The spoke of the generosity of this gentle, and his dedication to ensuring access to the location for the benefit of the SCA. For this, they named him “Warden of the Keep at Fort Knox” and gifted him with a scroll with words by Ane du Vey, calligraphy by Audrye Beneyt, and illumination by Agatha Wanderer.

They called before them Poplyr Childs and delivered a missive from former Majesties Ivan and Matilde. Being his skill with a bow, skill as a teacher, and activity as a marshal had been noticed by many, he was brought in to the Order of the Sagittarius. He was gifted a combat medallion which was tested by Master Godric of Hamtun personally, and a scroll with calligraphy by Harold von Auerbach and illumination by Carmelina di Vicari.

With tournaments to attend, they suspended the court to await the results. And after much joy and camaraderie was had by all, they opened their court again beneath a glowing sun.

They called forth Hrefna Hrodjortsdottir and released her from their service as Arts and Sciences Champion, declaring it was time for her to retire. They called before them Otto Gotleib and William of Wyndhaven, the two finalists in the competition. The Baroness did gift Otto with her personal “limited edition” token for his continued passion in the Arts & Sciences. It was declared William of Wyndhaven was the winner and he was gifted a scroll with words and calligraphy by Audrye Beneyt and illumination by Hrefna Hrodjortsdottir.

They called before them Jordan Harvey and released him from his service as the Rapier Champion of Endewearde, telling him it was time to sit awhile. They called in their two finalists, Olexander Brazhnyk and Radbod of Endewearde. The spoke of their courtesy and chivalry in the final bouts, and declared Radbod the winner. He was charged with the regalia of the Champion, a rapier and scabbard.

They called their Thrown Weapons Marshal in to court to award ranking badges. Caleigh of Wyndriche was not present, but her novice badge was given to Syr Cedric of Thanet to present to her. Audrye Beneyt was given the rank of Thrower and awarded her badge.

Before he was allowed to leave, Their Excellencies asked Seamus to kneel and spoke to him of a story. Some 34 years ago, he received his Award of Arms in a foreign Kingdom and received a promissory note for his scroll. Now, his scroll has arrived in court, signed by Manfred and Morwyn, the fourth King and Queen of An Tir. The words were written by Edmund Beneyt, with calligraphy and illumination by Audrye Beneyt.

It was then Edmund Beneyt, the event steward, was brought forward. He invited his staff in to court to announce the winners of the various tournaments throughout the day. The winners are as follows:
Youth Division I Rattan: Minerva of Hadchester
Youth Division II Rattan: Cody of Endewearde
Newest Fighter: Justin
Adult Rattan: Vlad
Rapier Tournament: Sir Ivan Ulrickson
Cut & Thrust Tournament: Aesa Ormstunga
Arts & Sciences Populace Choice: Isobella Altoviti

At that time, Morty of Malagentia declared the populace choice was heavily weighted. He felt the Riding of Ravensbridge had talent surpassing those of Endewearde and challenged them to a largesse competition to help fill the coffers of Their Majesties East. The Baron and Baroness, not taking the challenge lightly, charged their newest Arts & Sciences Champion William with spearheading the competition. The winner is to be determined at Great Northeastern War in two months’ time.

Their Excellencies called in to court Admiranda Howard, and spoke of her service to the arts community. The praised her at length for her time in the kitchen, work as an archery marshal, and hosting of arts and sciences nights. Being that she is so giving with her time, they felt it only right and proper she be included in their Order of the Keystone of Endewearde and gifted her with a medallion made by Syr Cedric of Thanet.

This order being not complete, the called before them Cormac Longstrider. He stood accused of attempting to “fly under the radar” but pointed out he had been seen by many. He, too, spends countless hours in the kitchens whenever there is a feast involved in Endewearde and felt he should also be included in the Order. He was also gifted with a medallion made by Syr Cedric of Thanet.

Morty was invited to return to court as members of Ravensbridge had business with him. It was said he had left a dagger behind at a fencing tournament last year, and it was given by Lucien de Wyntre to Sam of Ravensbridge with the express instructions “do with it as you will.” Now Sam being a teenager, she chose to decorate it in a manner which would remind him to never forget his dagger again. It was returned to him covered in garish pink streamers and tulle.

Hrefna Hrodjortsdottir was asked to return to court. Their excellencies spoke of her time as Arts & Sciences Champion and her perseverance as well as her delight in all things art. For this, they felt she would be best kept among the Order of the Beacon of Endewearde and gifted with a medallion made by Syr Cedric of Thanet.

With thanks given to Edmund Beneyt for a wonderful day inside the cool walls of Fort Knox, their Excellencies closed their court.

View all posts by Webmaster →